You cannot mandate productivity, you must provide the tools to let people become their best. 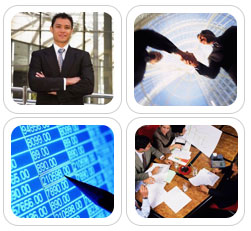 Today a leader among Arab and African states, Egypt‚s historical symbolic and strategic power is indicated by the civilizations and powers that have made it their home- among them the native Pharaohs, the Persians, Greeks, Romans, Arabs, Ottomans, French and British. The country has a total landmass of 995,450 sq km and a population of around 74m, over 70% of who live within 150 km of Cairo, a vibrant, rich city that Egyptians regard as the Mother of the World. While on the diplomatic stage Egypt is committed to finding a lasting settlement to the Palestinian-Israeli conflict, the economy is growing, mainly thanks to oil and gas, Suez Canal revenues and tourism.

Change was the buzzword on the Egyptian political scene when President Hosni Mubarak announced on February 28, 2005 that the constitution would be amended to allow for multiple candidates. Opposition parties nevertheless remain skeptical of Mubarak’s dedication to effect electoral reform, while popular opinion is still divided as to the scope of the proposed changes and how quickly any reforms should be executed.

Registering its second consecutive year of strong growth in 2006, the monetary environment has stabilized and the balance of payments continues to provide surpluses for international reserves. Some concerns remain, however, as economic reform affects the various sectors unevenly. Employment is one of the most daunting challenges today, with a large population that continues to grow and low education levels. But foreign investment is increasing and, with a growth forecast of 5.8%, 2006 promises to be a good year for Egypt.

In the past couple of years, Egyptian banks have undergone many changes in order to improve their overall solvency and the quality of their services. The best private-sector banks are already emerging from their restructuring phases with double-digit profit growth. With interest rates declining as inflation stabilizes, clients can expect to see innovative credit products on the market.

The Cairo and Alexandria Stock Exchanges (CASE) had a bumpy ride in 2006 following a market correction that came quick on the heels of those in the Gulf. While increasingly influenced by its Gulf neighbors, the CASE has the sound fundamentals necessary for it to become a world-class bourse. Increased regulation has cut out non-transparent companies and backroom brokers.

According to experts, the Egyptian insurance sector has great potential for substantial growth, having one of the largest markets in the region, but with one of the lowest penetration rates. Government efforts to reform the sector have been applauded by many, though most acknowledge the fact that there is still a ways to go.

Although many challenges still remain, Egypt’s transport sector is seeing major reforms, with developments taking place in maritime transport, civil aviation, rail and road networks, and urban transportation. Yet, with growing exports along with continued growth in the tourism industry, demand for transportation infrastructure will continue to rise for years to come.

With a flurry of recent discoveries, Egypt has revived its status as a petrol-state and is now the world’s sixth-largest exporter of natural gas. The government is looking to use the cheap gas to fuel development in related sectors, such as petrochemicals, although foreign firms seem more interested in exporting to more lucrative markets abroad. No matter how it it’s used, the gas windfall will drive growth ahead.

Egypt remains an attractive holiday hotspot for sun seekers and culture vultures alike. While improvements are being made on the sector’s infra- structure, the government has more ambitious plans to create an additional 15,000 beds a year. Meanwhile new training initiatives are being rolled out in the service industry. Despite the 2006 Dahab bombings, tourism in Egypt is still just the ticket for growth.

The Egyptian construction industry is on an upswing, based on the country’s investment boom in tourism, real estate and petrochemicals. At the same time, the real estate sector is also enjoying an upward trend as a result of strong commercial, tourism and residential demands.

Telecoms is one of Egypt’s fastest growing industries and is currently experiencing a time of change as a new operator enters the mobile market and international fixed-line services are opened up to competition. Meanwhile Egypt is consolidating its place as a call centre hub, thanks to the linguistic skills of its citizens. Over in IT, businesses are logging on to the net and the progress is slow but steady.

Powered by plentiful reserves of natural gas, the industrial sector has undergone a transformation of late. The government has ambitious plans to develop sectors that can make use of the cheap gas, including petro- chemicals, fertilizer, ceramics and cement. Low-cost labor and proximity to markets in Europe round out the country’s value proposition.

Despite government-imposed restrictions, Egypt’s independent media has asserted itself more strongly over recent years and is likely to continue testing the limits of permissibility in its reporting. Meanwhile, as the country’s reform program continues to boost economic growth, firms are experiencing greater profits and allocating more funds towards larger, attention- grabbing adverts.

Blessed with the fertility of the Nile and a predictable crop-friendly climate, Egypt boasts a long tradition and history of agriculture. Looking to continue the legendary prowess of ancient times, the country continues to push ahead with efforts to increase the efficiency of local farms while expanding the country’s strip of green.

While the health sector will be subject to restructuring in the coming years, it is not starting from scratch. Many remain frustrated with health coverage and public services but doctors are well qualified and professional. Clinics run by doctors are increasingly common, while industry insiders are looking to upgrade nursing skills and procure better equipment. 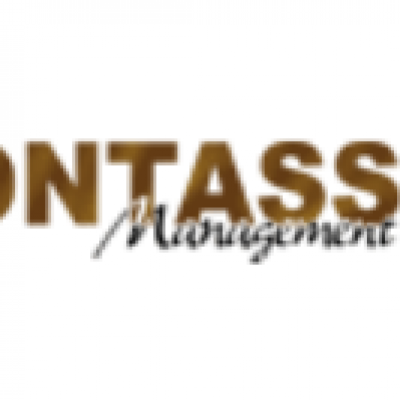