I’ve missed more than 9000 shots in my career. I’ve lost almost 300 games. 26 times, I’ve been trusted to take the game winning shot and missed. I’ve failed over and over and over again in my life. And that is why I succeed. 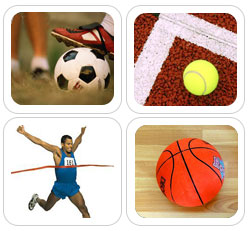 Sport is considered one of the criteria of development and progress for every nation, and the Constitution ensures sport. The state with all its institutions seeks to care for sponsoring youths and providing the integrated and balanced growth to develop their skills and minds. Ancient Egyptians practiced sports and gave it great interest, for the sake of health and Power. One of the main bases of choosing pharaohs so rulers was to run which was called (Korban race).

Pictures inscribed on tomb walls show that most of the games are basically Egyptian. Egyptians practiced various sports in both Turkish and Mamlouki era. But modern sports were known by Egyptians during the British occupation in 1882 under the rule of Khedive Abbass Helmi. The first Egyptian team was formed under the title in 1895 and was called “Nashed” team after its to it founder. Clubs started at the beginning of the 20th century.

The first official cup was known by Egypt in 1913. In 1921, the first Egyptian football union was established as well as the first swimming pool, which was affiliate to the Ministry of Education. In 1922, Prince Farouq Cup was set as an award that became the Cup of Egypt. Sports witnessed an Egyptian movement including all unions Egypt won 16 Olympic medals during 1928-1948. Moreover, Egypt participated in the Olympic Games in Belgium in 1920 as well as in the World Cup in 1934. After the July Revolution in 1952, youth centers, Playgrounds, stadiums and village clubs were established in the various Egyptian governorates. Proudly, the Egyptian football team rose to the finals of the World Cup in Italy in 1990, it also won the African cup in 1986 and 1998 as well as winning the World Handball Championship for Juniors in 1993.

The past years witnessed great sports achievements. Sports are spread all over governorates, great and small cities. Egypt became teaming with sports constructions, which can compete in hosting international championship. The number of stadiums in Egypt reached 25 among which there are Cairo International Stadium with a capacity of 27,000 audiences and the Military college Stadium and Port Said Stadium with a capacity of 45,000 audiences each and Max Stadium in Alexandria.

The number of halls reached 35 halls after the inauguration of the indoor games hall in Almansoura Stadium in Daqahlia governorate in 2005. Number of swimming pools reached 73 and about 6784 playgrounds in clubs and youth centers were added in addition to other 20 playgrounds in 2005. The number of activity halls reached about, and a hospital for medical sports was established in Nasr City and 113 Units for medical sports were established in governorates.

It is located on the Airport road and it is considered an edifice for sports where tens of various sport playgrounds are included, besides the related services. It comprises 4 playgrounds for football and pentathlon, 4 basketball playgrounds. Also 4 volleyball playgrounds, and 5 for the tennis courts, also 4 for squash rooms and a race track for bicycles and running. Moreover, there are 2 playgrounds for ski and two halls for bowling and billiard as well as a gymnasium hall, vapor hall and video games hall. Besides, the complex also includes dressing rooms, restaurants, shop and cars parking.

The year 2004/05 witnessed the improvement and renovation of Cairo Stadium at a cost of LE 150 million for the preparation of the African Cup for football championship which was held in 2006. Also there was the inauguration of the indoor games hall in Mansoura Stadium in Daqhlia, and that of the Labour Social Institution related to the General Union of the Egyptian Labourers Syndicate in Shobra el Kheima. In addition, the new building of the Olympic Academy and sports unions as established and desert lands that are close to Cairo outlets for the clubs horizontal expansion were allocated.

The state pays due attention to sport’s Champions through (the National project for juniors, endurance centers, preparing the Olympic champion programme) in addition giving great attention to sports talented schools.

Sports Championship are a light for the Egyptian sports

Egypt Participated in many championships in 2005/06, salient of which are the following:
The Mediterranean Games in Spain (Al Maria) in 2005 and Egypt won 43 medals (14 gold, 10 silver and 19 Bronze); it ranked 6th. Also a Jolley Ville Championship for Golf in Hurghada was held as the first championship entitled “The professors” in Egypt.
In 2006, the Egyptian Athletics team won 8 medals in the African Championship in Mauritius(4 gold, 2 silver and 2 Bronze); it ranked 4th Egypt accessed the membership of the International Federation for Marine.
Squash world championship was held in Egypt, Amr Shabana ranked 1st according the professional Squash Association, 2006.
Egypt won the gold medal in Wrestling Championship, China 2006, and bronze medal in weight-lifting, Dominican, and in Modern Pentathlon won the World Junior Championship, China and the Youth Championship, Italy in the same year.
Egypt won the African Nation Cup, 2006.
Al-Ahly club won the African championship football league cup.
Women Empowerment in Sports

The draft statute of the Olympic Federations and clubs in 2000, to empower women to adopt the membership of the board of directors was amended. In December 2003, the number of women reached 15 in the board of directors’ membership.
Establishing a new department for women sports under the sport sector of the Ministry of Youth in 2002.
The number of women participating in sports federations at the beginning of 2004 was 29658 women, and 7336 women in the sports clubs, as well as 1132 in the qualitative federations and 930187 registered at schools.
Constituting the women football team Egypt hosted in April 2006, the first Arab football championship.
The number of girl and women clubs in youth centers reached 202 clubs in 2006 providing various services.
Nahla Ramadan (weight-lifting), Marwa Hussein (Athletic games) Aya Madani (Modern pentathlon; she also won the gold medal in world Modern pentathlon championship in August 2006 are the Egyptian heroines.

Sports of Peoples of Special Needs, Insistence, Challenge and Will

The State Provides professional training and qualification as well as sport training for people of special needs since 1982 sport centers for the handicapped have been established, and 25 specialized centers were distributed in 20 governorates to train them in the field of athletic games, basket ball, volleyball, weight-lifting, swimming, and table tennis.

In April 1992, the Egyptian Federation for the Handicapped was established. It set the programmes that ensure the practicing of sports activity by the members through domestic and international competitions. As well, preparing the national teams that represent Egypt in championship, international competitions and Olympics in addition to preparing the trainers and referees who know the laws of every game that are different from the laws of the games of healthy people.

Every year regional Olympic Handicapped Games Tournament is held in one of the countries. 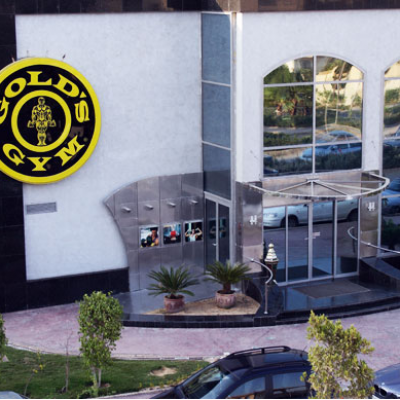